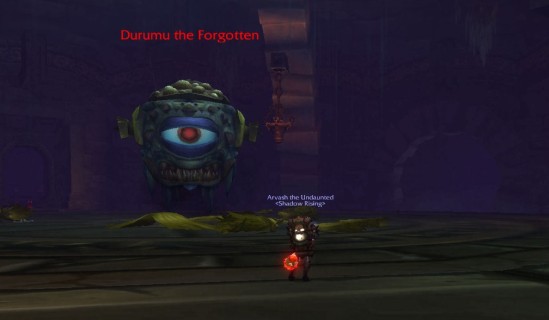 This week has been a pretty awesome one for me in WoW.  I celebrated one year of blogging on Monday, got a new medal with the CMN and a new PvP accomplishment (both that will highlighted in posts soon).  And to top it all off, a new boss kill in Throne of Thunder, Durumu the Forgotten! Woohoo!

Tuesday was a blast as we smashed through the first six bosses with relative ease.  We had Tyledres and me tanking, Slice, Zarm and Van healing and Sorak, Zug, Psynite, Shadeey and Adoe as dps.  After killing Ji-Kun, we had time to try a couple pulls on Durumu, which went really bad, lol.  We decided to call it there and had everyone watch a video or read up on the fight in preparation for the next night.

Our raid changed a little bit Wednesday, as Shadeey stepped out and Wok came in to tank with me and Tyle went dps.  I think everyone had done their homework and watched at least a video of the fight, so we were pretty eager to start.

For the first part of the fight, we made sure to drop the Lingering Gaze shadow pools as far away from the middle of the room as possible to give melee room to maneuver, since we were pretty melee heavy.  Force of Will is another mechanic we had to manage, if you don’t get out of it fast enough, you get blasted off the platform and instantly die, like several people, including myself, did.  It was a bit entertaining though, I think Wok wins with the most frequent filer miles accumulated, lol.

Wok and I got to play tank swap with Serious Wound, making sure to taunt off every five stacks.  There is another debuff that tanks get, Arterial Cut, which can only be removed by being healed to maximum health.

After about 30 seconds, the second part of the fight begins and the beams of light appear.  We split the raid among the beams to share the damage taken from them; tanks followed the yellow beam, healer stayed on the blue and dps kited the red beam around, hunting down the Crimson Fog adds.   Like Khizzara mentioned in one of my previous posts, we did not reveal the Azure Fog add with the blue beam.  It hurt a lot when we did, lol.  Adoe and Zug marked the locations of the Crimson Fogs with raid markers, so the person with control of the red beam would know where to find them.

Once that phase was over, we had a few seconds to dps Durumu before we went into the dreaded Disintegration Beam/Eye Sores part of the fight. We stacked on the beam when it appeared and once we saw the squiggly purple lines indicating the start of the maze, we quickly moved over and either stacked on Zug or Adoe to lead us through it.  With all the prior nerfs to this mechanic, the beam seemed to move a lot slower than it did, even from LFR, which allowed us to find the open spots and avoid the Eye Sores.

After that is over, the fight starts all over again, with the Force of Will, Lingering Gaze, Serious Wound, etc.  There is one new mechanic that is added to the fight at this point, Life Drain.  When someone is hit with Life Drain, Durumu begins to heal himself and that person becomes stunned and can only be broken out if someone else steps in front of them to take the beam.  We had trouble with this at first, as we would cut the beam too close to Durumu, eventually to the point where we couldn’t intercept the beam as it ran its full course.

We spent all night on Durumu, slowly learning and tweaking our strat on every attempt.  We had some good 40% attempts and even a sub 10% one and some annoying Force of Will mishap wipes.  The magic happened on our 21st try, when everyone executed everything perfectly with no deaths, finally knocking that giant eye out for the count.

We called it a night afterwards, but not before Van and I raced through the bloods leading up to Primordius to get a shot at him.  I made it to his room and tried to get an Avenger’s Shield off to hit him with, but the bloods just overwhelmed me.  Next time Primordius, I’m coming back with more friends, lol.

Someone mentioned solo tanking and two healing the fight, which would make the kill go quicker.  I’m all about solo tanking this fight and ready…as long as the healers are ok with it, lol.

Going into Wednesday night, I honestly didn’t think we would down Durumu, based on the different mechanics involved and how much of a pain the maze was in LFR.  I figured it would take at least 50 or more attempts, but my team proved me wrong and everyone definitely stepped up to the plate and brought their A-game last night.  Hopefully we can keep this momentum going next week and get ourselves a Primordius kill. =)

Thanks to everyone for commenting on my bloggerversary post, it was definitely a fun topic to discuss.  =)

Without further ado, here are the lucky winners:

The Armored Bloodwing goes to… 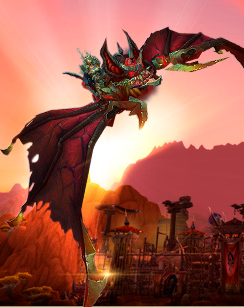 And the two Blossoming Ancients go to… 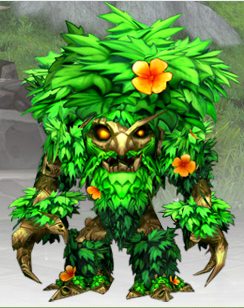 …Jojo and Lyss!  Congrats to you both!

I will be sending out the prizes soon, once I can track you guys down, except Lyss of course, lol

I also tallied all the responses and Marvel came out of top with eight superheroes selected and DC was second with four.  Wonder Woman was the most picked superhero with three and I still can’t believe Slice picked a character from the My Little Pony universe, lol.

Congrats to all the winners!

On this day one year ago, I first embarked on this blogging adventure, not really sure what to expect.  I’ve been following other people’s blogs for years and enjoyed reading what they had to say and commenting on them.  So I figured I’d join the fray, chronicling my endeavours and ones with my guildies and friends in Azeroth.

Looking back through some of my older posts, I’ve experienced and accomplished a lot.  I’ve covered everything from raiding, pvping, achievement hunting, WarFare Theater, writing about Megabloks and the WoW TCG and other miscellaneous stuff thrown in there.  I’m even wearing the same transmog now as I did in my first pic posted, haha. 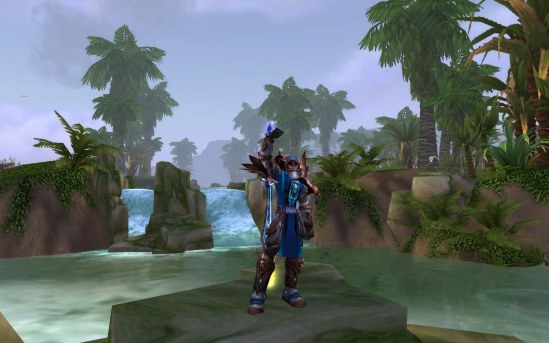 So I wanted to say thanks to everyone who has visited my blog.  Thanks to my guildies and friends; without you a lot of these posts wouldn’t exist.  Thanks to all the commenters; you’ve made this blogging experience an interactive one for me.  And thanks to the even the spammers; inflating my page views always makes me feel good about my posts, haha.

So how do I celebrate this occasion?  With a gift, of course!  But let me back up for a bit and explain something related to this gift.

As my guildies and friends know, I’m big collector or pets, mounts and toys from WoW.  Quite a bit of those have been acquired from the WoW TCG, which I’ve been collecting since the first set, Heroes of Azeroth.  I enjoy sharing these toys with others, whether it’s between boss pulls waiting for afkers or just hanging out in Org or the Shrine. Van has even made posts about them and given them their own tag, lol.  Because of my penchant for these toys, Telanarra changed my guild note a while back: 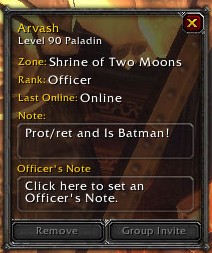 Because of that note, others started referring me by the Dark Knight’s name.  Van called me Batman in a post that she made where we downed the Council of Elders for the first time with me solo-tanking the bosses.  Cym even turned me into the caped crusader by coming up with an awesome mog and moniker, which you can also see on the sidebar.  I even paid tribute by making a WarFare Theater post with him in it.

So what gift did I get?  I got the Arvman his Arvwing, of course, lol. 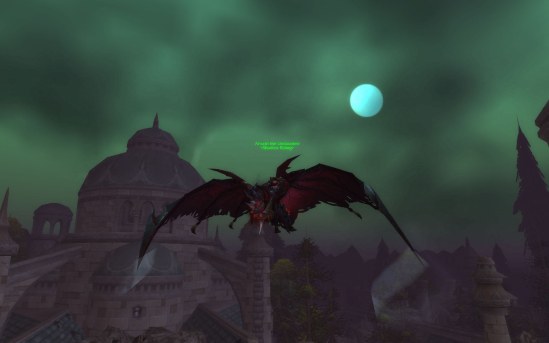 And since I was already at the store, I went ahead and picked up one of those perennial miniature trees, a Blossoming Ancient. 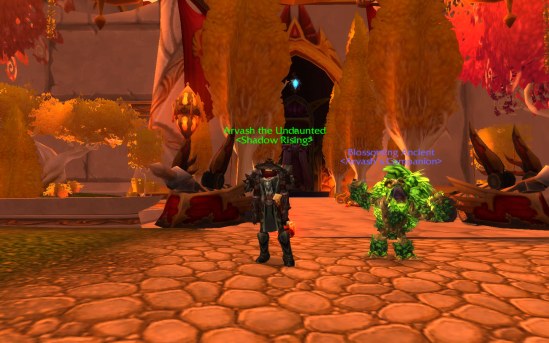 To further celebrate this day, I’m going to give a Bloodwing and two Blossoming Ancients to three lucky readers.  If you already have the bat or the tree, then you can substitute it for any other mount or pet from the Blizz store.  All you have to do is leave a comment, explaining what superhero, or supervillain, your Warcraft character would most resemble.  Your name will be thrown into my Puzzle Box of Yogg-Saron (or hat), where the wifey will pick out three winners at random.  All comments must be made by Wednesday, July 26th at 10PM EST.  Good luck to all! 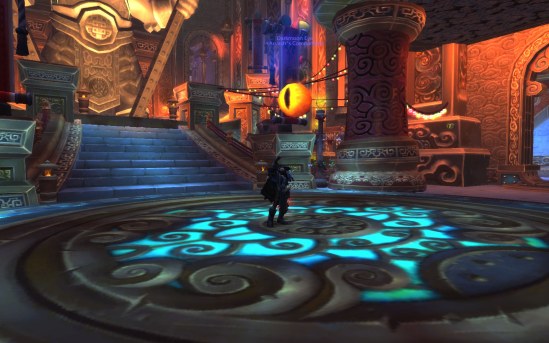 Vanicus was nice enough to sell me her extra Darkmoon Eye last night, finally putting an end to months of farming for the pet at the Faire.  Thanks Van!

Jeremy Feasel, you will not be missed. =P

Pets.  There are some pets in WoW that you just can’t get enough of.  Like the Imperial Silkworm for example.  We have a guild tab that’s almost half full of them from people doing their Imperial Silk cooldowns daily.  We would have more, but I think we’ve started to vendor them because we can’t get rid of them and they don’t sell at all on the auction house.

Then there are the rare pets, ones locked behind crazy achievements, like the Stunted Direhorn, or those that require lots of RNG luck, like the Darkmoon Eye ( I hate you, Jeremy Feasel).

And then there are the ultra-rare pets, ones that now fetch a pretty price on eBay, like the Vanilla Collector Edition pets, the Mini Diablo, Panda Cub and the Zergling.

Well, leave it to a certain Druid to come up with a crazy game for a chance at another one of those ultra-rare pets, a Mini Tyrael!

Last weekend, as part of her “Moving House Giveaway” post, Navi created a scavenger hunt where you had to search for clues found in 16 links from various blog posts in a cleaver poem she wrote and put them together.  The clues combined to form more questions to answer and once you answered those, you got your name entered into a drawing for awesome prizes.  In addition to the Mini Tyrael pet, there was a Riding Turtle mount and Gusting Grimoire to be won.

This contest was not easy at all.  I clicked on ALL the posts and ALL the links.  It took me a long time to find all the clues (I was even one of them, lol) and even longer to find out who Navi’s favorite NPC was, which took me a couple tries to get that right.

With that hard part over, it was just a matter of waiting, along with the two others that got the questions right, Cymre and Luxy, to see which prizes we would be drawn for.

And I couldn’t believe it, I got picked for Tyrael’s Hilt!  Take that, Feasel! =P

To claim my prize, I had to go and visit Edward Cairn in Undercity.  I guess they didn’t trust Landro Longshot enough to hold onto a special pet like this, haha.

With my own mini Archangel of Justice in hand, it was off to take some pics! 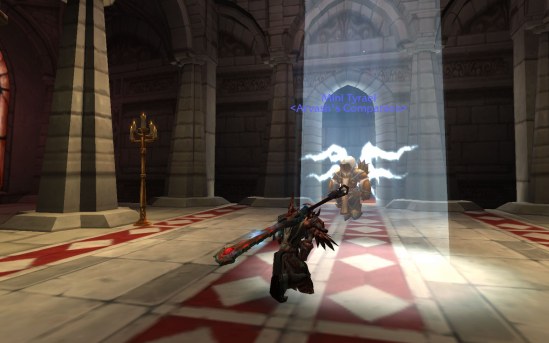 “You cannot judge me. I am Justice itself!”
– Diablo III 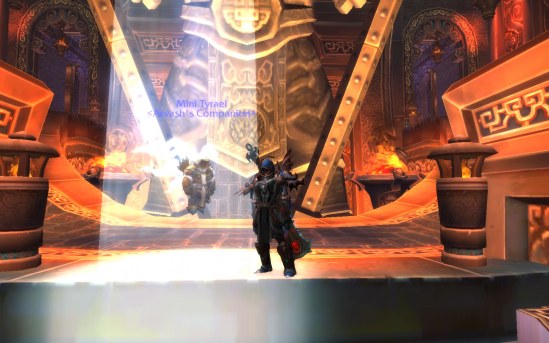 And after our most recent Throne of Thunder kill of Ji-Kun, I decided to do a little flying myself with Mini Tyrael. 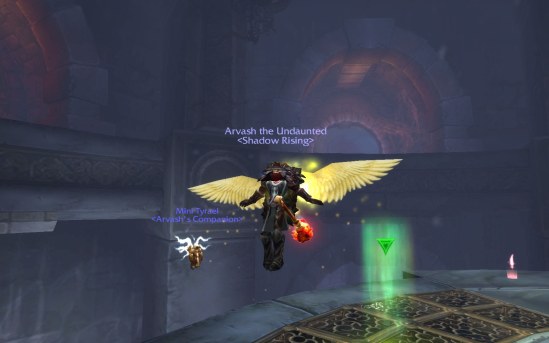 So congrats to Cym and Luxy on their prizes and thanks to Navi for an awesome, albeit crazy and difficult, contest and prize!  Now it’s time to go level this bad boy to 25! 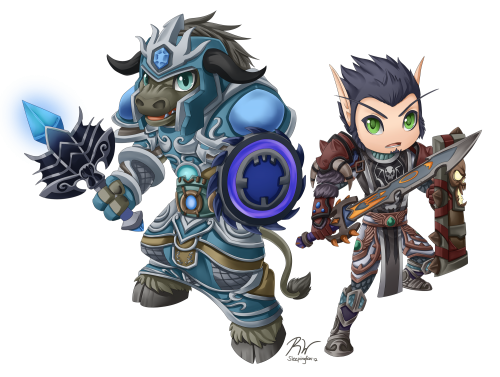 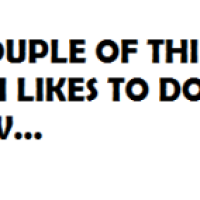 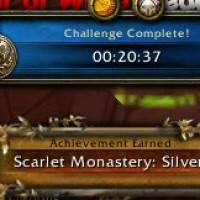 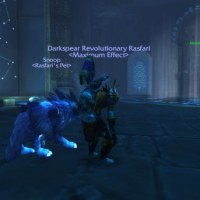 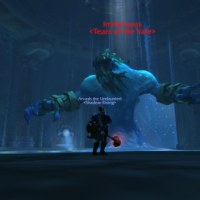 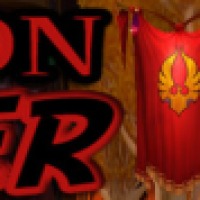 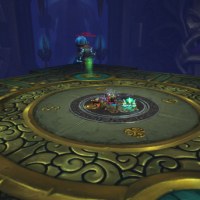